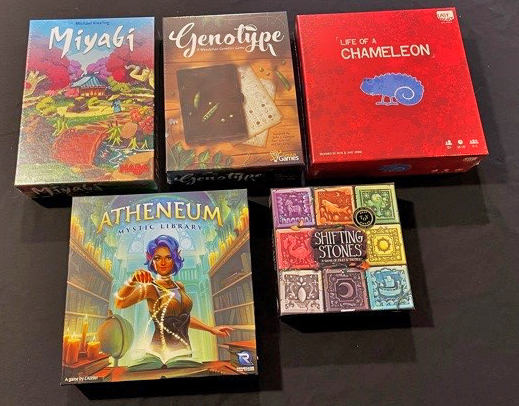 America's Premier High-IQ Organization Picks the Best Table Games
HURST, Texas - Arizonar -- After nearly two days of nonstop gameplay, our Mensa Mind Games judges have selected the following titles to receive the official Mensa Select seal: These titles have been awarded the official Mensa Select distinction because each is original in concept, challenging, and well designed. Additionally, these games provide a high value for the price, are easy to comprehend and play, and prove highly entertaining.

More on The Arizonar
Mind Games is a 40-plus-hour board-game-judging marathon, during which the year's five best new-to-market games are chosen and awarded the coveted Mensa Select seal — a stamp of approval from 400 of the country's most avid board-gaming fans.

About Mensa Select
Awarded annually by a judging panel comprised of Mensa members, the Mensa Select seal indicates that a game is distinctive, challenging, and thoughtfully designed. Additionally, these games are a good value for the price, easy to comprehend and play, and, above all, fun! Look for the Mensa Select seal when purchasing your next game.