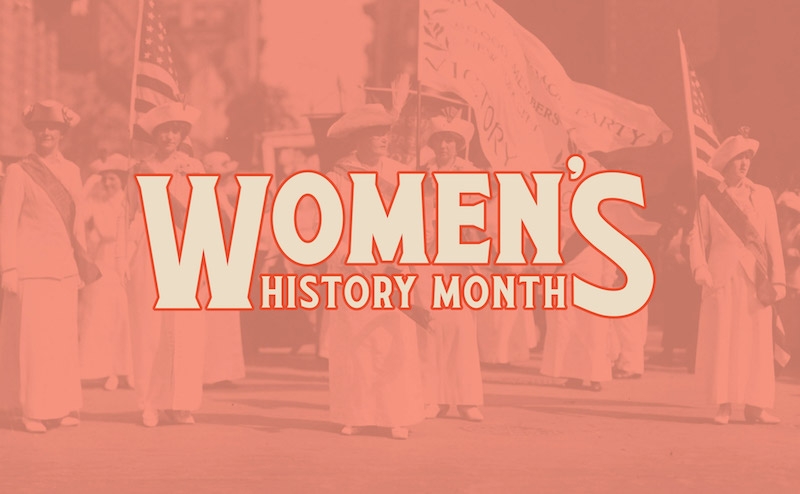 PHOENIX — Governor Doug Ducey is declaring March 2021 to be Women's History Month in Arizona to celebrate the many contributions of women to the success of the state and entire nation, and to recognize the women medical professionals who have made history during the pandemic.

"This month, Arizona is proud to celebrate the women who have helped shape our great state," said Governor Ducey. "Right now, 40 women are leading our communities in the state legislature — the most in state history. Over the last year, women working in the medical field have made history by stepping up day after day to protect Arizonans and administer the vaccine. There's no shortage of trailblazing women to look up to in Arizona. We are proud to celebrate the determination, integrity and leadership of women that has led to prosperity across the state and nation."

More on The Arizonar
View the proclamation HERE and below.

WHEREAS, women in Arizona's history have transformed the state and entire nation through leadership in a wide range of fields including elected and appointed public service, military service, public safety, entrepreneurship, business, education, medicine, the arts, philanthropy, and charitable service; and

WHEREAS, Arizona became the tenth state to grant women full voting rights in 1912, nearly eight years before the United States Congress ratified the 19th Amendment and granted women the right to vote nationally; and

WHEREAS, Arizona celebrates the women whose tenacity, courage and grit contributed to the development and continued growth throughout Arizona communities; and

More on The Arizonar
WHEREAS, women working in the health care and medical industries throughout Arizona have made history during the pandemic, including those who have dedicated time, energy and resources to vaccinating Arizonans and saving lives; and

WHEREAS, 40 women are currently serving in the Arizona State Legislature, the most in state history; and

WHEREAS, women from across the United States have contributed to the achievements, prosperity and continued growth of our nation and these examples of leadership and determination should be honored and recognized; and

WHEREAS, Congress passed legislation in 1981 which authorized and requested the President to proclaim the week beginning March 7, 1982 as Women's History Week; and

WHEREAS, in 1987, Congress passed a law which designated the month of March 1987 as Women's History Month; and

WHEREAS, Every President since 1995 has issued annual proclamations designating March to be Women's History Month.

NOW, THEREFORE, I, Douglas A. Ducey, Governor of the State of Arizona, do hereby proclaim March 2021 as

IN WITNESS WHEREOF, I have hereunto set my hand and caused to be affixed the Great Seal of the State of Arizona

DONE at the Capitol in Phoenix on this Twenty-Second day of February in the year Two Thousand and Twenty-One and of the Independence of the United States of America the Two Hundred and Forty-Fifth.