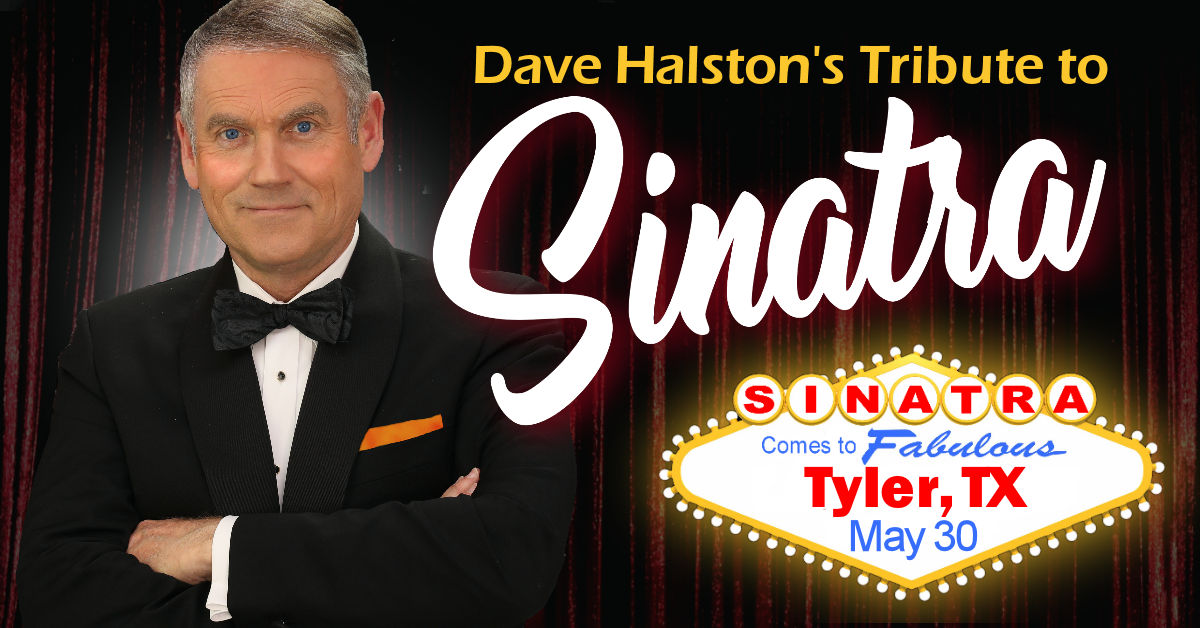 Home to Sinatra-era myths and legends, the famed Liberty Hall of Tyler will host a nostalgic evening of Frank Sinatra's music featuring crooner Dave Halston in the vintage Vegas style of "Ol' Blue Eyes".
TYLER, Texas - Arizonar -- East Texas goes Vegas on May 30th with an exhilarating musical tribute to Frank Sinatra. The 90-minute show is surprisingly authentic as Las Vegas crooner Dave Halston brings Sinatra's signature style and swagger to life and a vintage Vegas vibe to the stage.  This national tour stop in Tyler's Liberty Hall promises an exciting evening of fun and laughter accompanied by a live band and a zesty lineup of Frank Sinatra's most popular songs. Suitable for all ages, the show is a rapid-paced nostalgic journey you don't want to miss.

Critics have raved about Halston's tribute to the iconic Sinatra, calling it "stunning", "spot-on" and a brilliant interpretation.

Halston has impressed more than a few Sinatra fans. After seeing Dave perform, Frank's widow, Barbara Sinatra, called his performance "Wonderful!". Like Sinatra, Dave's natural charm and charisma is genuine and captivating. He displays that familiar swagger while almost effortlessly delivering that smooth ribbon of sound. Halston does something few performers are capable of doing - a tribute to "Frank" that is patently authentic!

More on The Arizonar
Dave Halston comes to Liberty Hall with an impressive list of achievements. When he performed for Mrs. Sinatra, she was brought to tears and by his rendition of "My Way", Frank's signature song. He has also entertained Jeanne Martin (Mrs. Dean Martin), recording artist Michael Feinstein, recording artist Steve Tyrell and Mr. Las Vegas himself, Wayne Newton.

Liberty Hall is a downtown theater operated by the city of Tyler, Texas. The venue offers live music, comedy and revivals of classic films for the East Texas region. First opening in 1930, it was refurbished in 2011 in an art deco style and seats approximately 300 people.

The mission of Liberty Hall is to create an exciting, stimulating, arts and entertainment experience that will integrate the arts into the downtown's social, economic and community fabric by providing diverse opportunities for entertainment, film, theater, comedy and music.