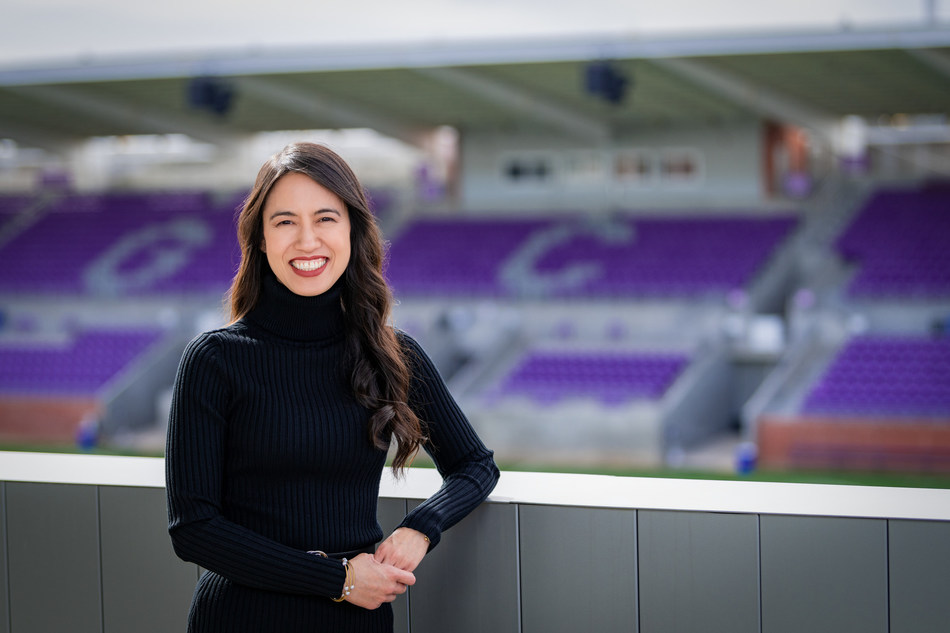 PHOENIX, April 26, 2021 /PRNewswire/ -- The ideal, most qualified person to continue Grand Canyon University's athletics rise as Vice President of Athletics is the person who has been executing the job.

The native Phoenician, initially raised 3 miles north of GCU, is the first woman to serve as Lopes athletic director and the fourth Asian American AD among 351 Division I programs, alongside Vicky Chun of Yale, Pat Chun of Washington State and Terry Mohajir of UCF. Females accounted for about 14% of Division I athletic directors in 2019-20.

Boggs has enhanced GCU Athletics with the background of a law degree and experience in professional sports before rising from Director of Compliance to Assistant Athletic Director over nearly seven years at Duke University and becoming Executive Senior Associate AD/Chief Operating Officer over three years at Georgia State University.

"Engaging with our community through service, immersing ourselves within our campus and student body, excelling in the classroom, winning championships and creating the best student-athlete experience is what we strive for daily, but there is also a higher purpose for us to serve and it's sharing the story of GCU through the platform of Athletics," said Boggs, who became a Lope in January 2015. "It's a university with strong academic programming that's accessible across the socioeconomic spectrum and offers a Christ-centered, welcoming, inclusive environment that people are searching for."

More on The Arizonar
"In her time as interim athletic director Jamie has done an outstanding job," GCU President Brian Mueller said. "Our programs and athletes have flourished athletically, academically and spiritually. Most importantly she has integrated the athletic department into the culture and purpose of the institution. Her promotion to Vice President of Athletics has been earned by her performance and we are grateful for her accepting this position."

GCU is another success story in the family life of Boggs, the middle child of Thai immigrants Dr. David and Kuanta Pootrakul. Her parents entered the U.S. with two suitcases and a few hundred dollars, but her father became a neurosurgeon with three wildly accomplished children.

Her brother, Shane, is an engineer for NASA's Jet Propulsion Laboratory. Her sister, Llana, is a dermatologist and Mohs surgeon at Ohio State.

Beyond her successes on campus, Boggs is raising a 7-year-old daughter, Lilia, and a 10-year-old son, Aiden, with her husband, Matthew, a businessman and former Georgia Tech baseball star.

As much as Boggs serves as a role model and wants to lift GCU for her hometown, having her daughter watch her thrive in an unconventional role is important to her.

"I want her to see you can aim high," Boggs said. "You can have a successful career and you can be a mother at the same time. It has been a blessing to be at a place like GCU that supports the advancement of women. Two-thirds of the vice presidents here are women."

Boggs was raised in the Moon Valley area of Phoenix for most of her childhood, when she was introduced to Grand Canyon for singing and piano lessons and later took summer classes there.

More on The Arizonar
The results have GCU on track for a third consecutive WAC Commissioner's Cup in fully completed years. Student-athletes compiled a 3.41 GPA in 2019-20 and a NCAA Graduation Success Rate improvement from 60 to 84 over her GCU tenure. The Lopes earned 81 more 2019-20 Academic All-WAC honorees than the next closest conference school.

"When I initially transitioned into this role, the first priority was better aligning our department with the greater University," Boggs said. "My whole point was, 'Why don't we model what GCU does?' You don't get from 900 students to 23,000 students in 12 years without having the right culture and strategy in place."

"Our goal over the next few years is to add a fifth C and that's championships."

Boggs is passionate to see GCU Athletics drive the vehicle for awareness of what the University and Mueller are achieving.

"I will say without reservation that he is the greatest mind in higher education," said Boggs, who likens Mueller to a Bill Gates or Steve Jobs of higher education. "There are no socioeconomic boundaries because of our innovative model. It offers an inclusive, Christ-centered environment that people across the country are looking for. This University serves a great need in higher education and people need to know that what they are seeking is right here in the heart of Phoenix.

About Grand Canyon University:  Grand Canyon University was founded in 1949 and is Arizona's premier private Christian university. GCU is regionally accredited by the Higher Learning Commission and offers 270 academic programs, emphases and certificates for both traditional undergraduate students and working professionals. The University's curriculum emphasizes interaction with classmates, both in-person and online, and individual attention from instructors while fusing academic rigor with Christian values to help students find their purpose and become skilled, caring professionals. For more information, visit gcu.edu.