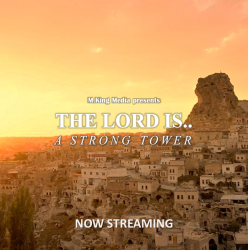 "When it comes to what is familiar, we really liked how in the past we used photos to help tell the scriptures and help people to really see the beauty of God's word," said M.King. "In this episode, we really wanted to continue that theme by… expanding into the book of proverbs"

More on The Arizonar
The Lord Is... A Strong Tower is an M.King Media production and can be streamed on mkingmedia.com

Enjoy this modern take on Proverbs 18 in both words and photos along with commentary from M.King (Marcus King).

M.King Media INC. is a faith-focused non-profit based in Mesa, AZ. Founded in 2013, M.King Media has created more than 234 media projects and distributed them all over the world. M.King Media's mission statement is "To Make Creative Christian Media That Point People to Jesus Christ. " For more info go to mkingmedia.com