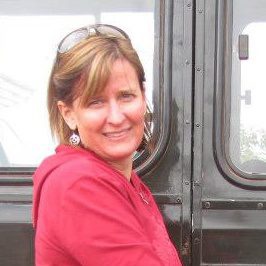 LOS ANGELES - Arizonar -- Omnific Publishing announced that they are proud to acquire The Bachelor Diaries series by award-winning science fiction romance author Leigh Wyndfield, the first title of which, BACHELOR ON MARS, will be released September 28, 2021.

Elizabeth Riley, Publisher and President of Omnific Publishing, says that publishing this series is a breath of fresh air that feels like a perfect combination of all of the things that make Omnific great. "Bachelor on Mars is the first book in The Bachelor Diaries series, which is a reimagining of The Bachelor franchise taken to the extreme. Why limit the location to a beautiful mansion or an island in paradise? Let's do it on Mars! At its essence, it's fanfiction, which is a part of our roots as a company, and it's about a female scientist, which celebrates smart women—another important feature of all of our books. Combine these two elements with a humorous take on science fiction romance, and you have all the makings of a book that exemplifies romance without rules, which is our motto."

Many of Omnific's early books came from fanfiction and were rewritten as romance novels. Several books that started as fanfiction, like Fifty Shades of Grey by E.L. James (Viking), have even been made into movies. "It's an exciting time for Omnific Publishing. Eleven years after we published our debut collection, we are still publishing great books like Bachelor on Mars by Leigh Wyndfield, and we are seeing two of our New York Times Bestsellers, Gabriel's Inferno and Gabriel's Rapture by Sylvain Reynard, being made into movies by Passionflix." The small publishing company has had four New York Times and USA Today Bestsellers, including Gabriel's Inferno and Gabriel's Rapture by Sylvain Reynard, which they sold to Penguin Random House, Wallbanger by Alice Clayton, and Tangled by Emma Chase, which they sold to Simon & Schuster. Tangled has also been optioned by Passionflix to be made into a film.

More on The Arizonar
Leigh Wyndfield says that this book started out as a fun romp for Nanowrimo, a national write a book in a month challenge. "I wanted to write something where my characters found love, but had a bunch of hijinks in the process. I started with the thought: what if the Bachelor TV show took place on Mars? Then that lead to: what if there was an alien invasion? The idea bloomed into a series. In the first book, the heroine's brother Hank and his head wrangler Lynette had obvious chemistry, so I had to write their story. And then in book 2, the hunky flight engineer Jackson begged for his own story to be told in book 3. As I wrote the first book, everything that could go wrong did go wrong, making this one of the most fun stories I've ever written.  I hope the reader has as much fun reading it as I did writing it!"

Leigh is excited to be publishing with Omnific. "When I got "the call" from Omnific that they wanted to publish not only Bachelor on Mars, but the whole series, I was thrilled! Every writer writes in a vacuum, so having a top-notch editing teamwork on my story will take it to the next level and I can't wait to have a long relationship with such a wonderful publishing house!"

Leigh Wyndfield writes romances that are out of this world, including her award-winning, nine-book Heat Chronicles series. RT Bookclub called her writing "Engrossing, enthralling and entrancing."

Bachelor on Mars will be available on September 28, 2021, online wherever books are sold and is distributed by Simon & Schuster.

About BACHELOR ON MARS:

She's a mechanical engineer undercover as a contestant. He's a geologist trying to keep his research station afloat. Then comes the alien invasion...

Mechanical engineer Margaret Carson's biggest dream is fulfilled when she gets to test her new rover on Mars, but of course there is a catch. She must fill in for a contestant on the reality TV show Mars Bachelor and get voted off before she can run her trials. But when she arrives on Mars, the owner of the research station, Jack Boyle, is attacked by an alien ship. She and Jack must combine forces to save the cast members and themselves. As the clock ticks down, will they survive? And if they do, will one of them give up their career for the other?

Leigh Wyndfield lives in rural Virginia with her fat cat Ayra, two lovable rescue puppies, four chickens, and the best guy in the world. A city girl at heart, she's embracing the mysteries of growing things and watching deer race from hunters through her yard. Traveling and driving an ambulance round out her time. She writes romance fiction that is out of this world.

Omnific Publishing, who published their debut collection on February 14, 2010, is an independent publisher of romantic fiction that breaks the mold of traditional romance with stories that excite, inspire, amuse, and amaze. Omnific publishes fresh, contemporary voices that speak to the modern sensibilities of today's readers--smart romance for smart women.