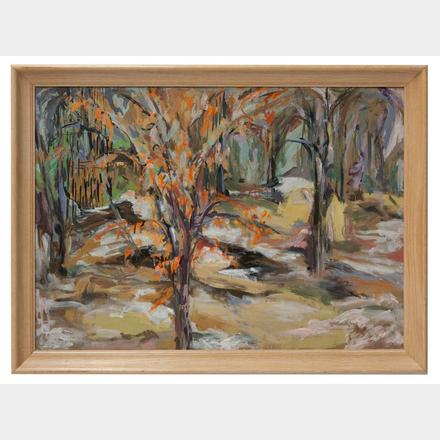 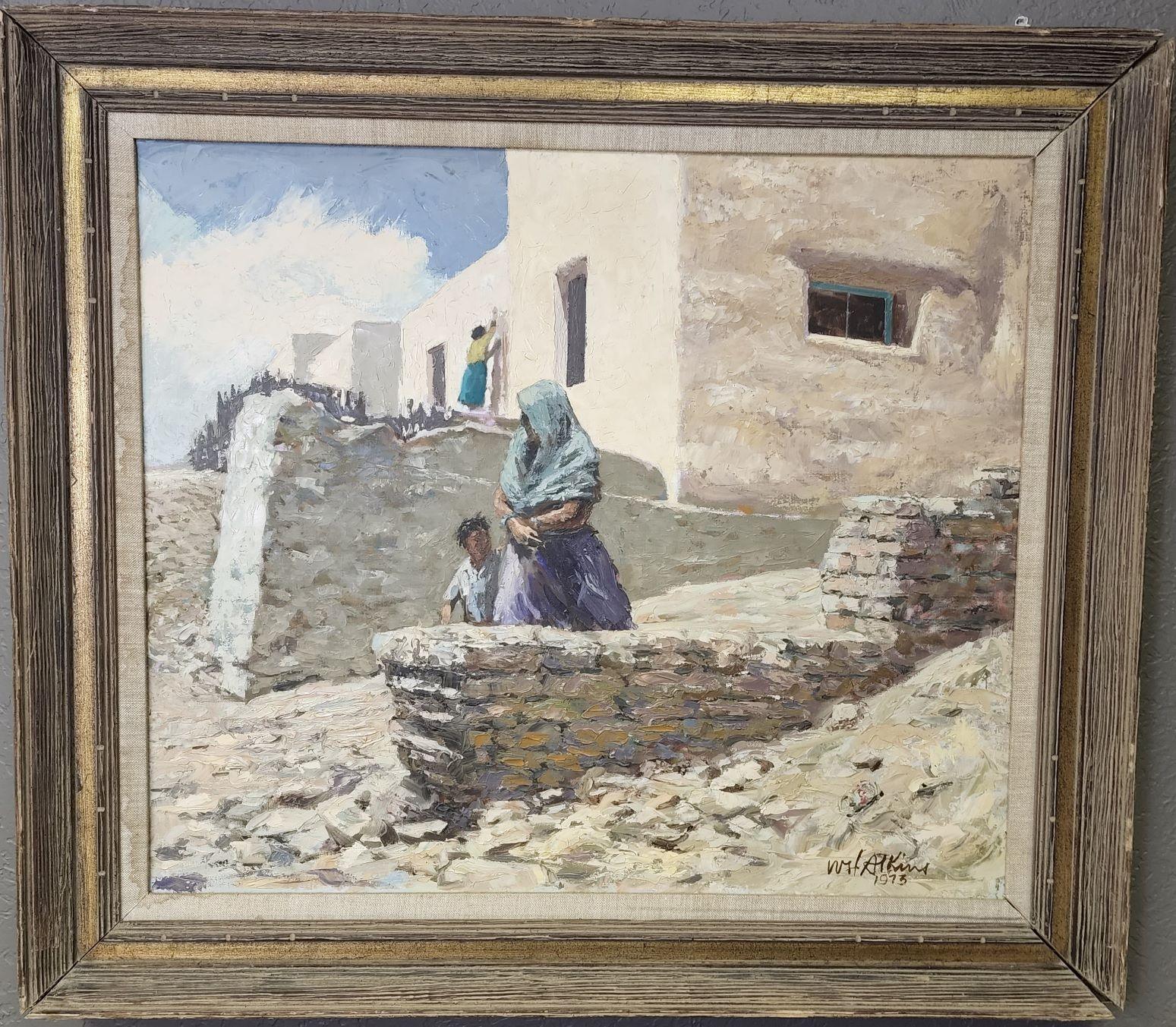 DALLAS - Arizonar -- For those who have a passion for American artists, two highly collectable pieces of American art have arrived at auction. An opportunity to own an early work by Carolee Schneemann has presented itself, along with a wonderful painting by WH Atkins. Both artists have their art in museum collections.

Mostly known for her feminist film and performance art, she is quoted in her later life as saying "I'm a painter. I'm still a painter and I will die a painter." When she noticed a pattern of not receiving recognition for her painting ability, she transitioned early in her career to the more overt art styles her name is typically associated with.

The date of the piece indicates that Carolee would have been at the age of 19 when she completed the work. A beautiful sample of skill and vision evident even at such early age.

William H Atkins
Some may describe Atkins as a more "traditional" artist. But his ability to transfer the image before his eyes to the canvas, makes him a favorite among American landscape collectors. Most noteworthy is ability to share the color and life found in the American Southwest.