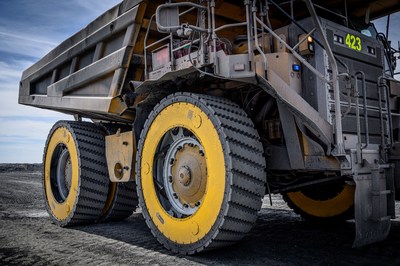 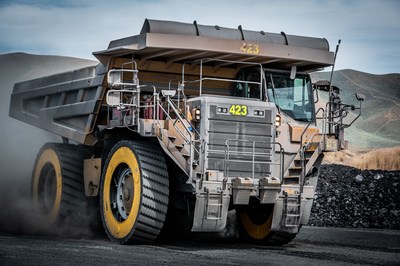 The Phoenix-based company has raised more than $5 million so far toward bringing to market its Air Suspension Wheel, which has the potential to completely revolutionize the tire industry by featuring technology that offers a cleaner, cost-effective, stronger, and safer alternative to the highly pollutive traditional rubber tire

Encouraged by the results of its previous $3.3 million campaign, the Phoenix-based engineering company has relaunched its StartEngine campaign --- https://www.startengine.com/gacw  -- to further evolve its Air Suspension Wheel, a patented airless mechanical design constructed primarily of steel with in-wheel suspension. The three-month StartEngine campaign, which ends in October, is already off to a fast start raising $192,000 in the first several days. Overall, the company has raised more than $5 million from investors so far and the company's valuation has increased from $27 million to $40 million since May 2022.

More on The Arizonar
Think of it as a wheel where the steel meets the road.

The ASW combines an inner steel hub with an outer steel drum which is connected by 8 or 12 nitrogen-filled air cylinders and four to six oil-filled dampers that provide suspension and damping. On the outer drum, individually bolt-on steel or polyurethane treads are fitted. These individual treads can be replaced without removing the wheel, a time-consuming process that takes up to eight hours with OTR rubber tires.

"The ASW is so much more than just another wheel," said Dr. Zoltan Kemeny, president and CEO of Global Air Cylinder Wheels. "As opposed to the traditional pneumatic tire providing suspension outside the rim, the ASW suspension is located inside the wheel. Essentially, our wheels become part of the vehicle's overall suspension system. Our wheels are an effective and viable option to rubber tires. They are cost-efficient, safer, and are better for the environment, and for those industries that rely heavily on tires."

The ASW technology has a strong patent portfolio with eight granted, and with 52 patents pending. The company has received multiple initial purchase orders and is expected to be fully commercialized within two years with rapid adoption into mining fleets.

Kemeny said that GACW orders will be for trucks and loader wheels. Loaders have four wheels and trucks have six, generating respective revenues of $600,000 per loader and $900,000 per truck. As a typical mine has 60 vehicles requiring 480 tires at $150,000 per wheel initial fleet orders could reach in excess of $20 million for a single mine.

Global Air Cylinder Wheels®️ is an engineering company out of Phoenix, Arizona. The company has been developing the Air Suspension Wheel for OTR mining vehicles since 2011.