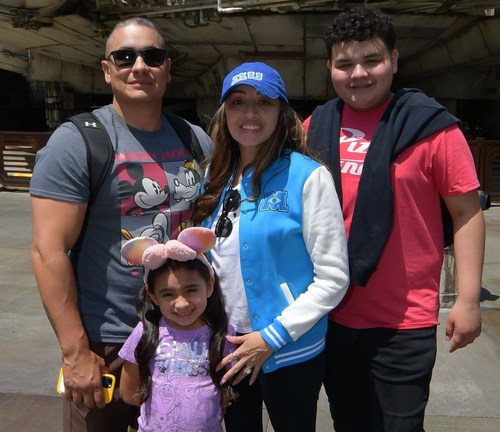 As the nation marks the fifth anniversary of the country's deadliest mass shooting at the Route 91 Harvest Festival in Las Vegas, Calzadillas continues to make significant improvements in her recovery.

"I just recently stopped using my wheelchair," says Jovanna. "My speech and cognition have greatly improved, and I can be a hands-on mom and wife. I feel so fortunate and blessed."

Jovanna's brain was so critically injured that Las Vegas doctors didn't expect her to survive and suggested removing her from life support. Jovanna's husband, Frank Calzadillas, however, noticed small responses from his wife and asked to keep her on life support.

More on The Arizonar
"Jovanna was shot on the left side of her brain which is the side that processes language, so I knew she wouldn't be able to comprehend language to follow commands but her eyes were open and she was able to track in a very small way with her eyes. This told me that she was unresponsive because of a language deficit, not because of the severity of her injury. She was not dying," said Dr. Kwasnica.

Gunshot wounds to the head are among the most difficult brain injuries to treat. Fifty percent of these injuries are fatal and patients who survive often have prolonged and difficult recoveries. Dr. Kwasnica calls Jovanna's recovery 'remarkable'.

Jovanna, who said during a press conference at Barrow in 2018, "I am not going to live my life in fear because of what happened to me," has held true to her words.

"I've been given a second chance of life and I'm determined to keep working hard to continue improving."