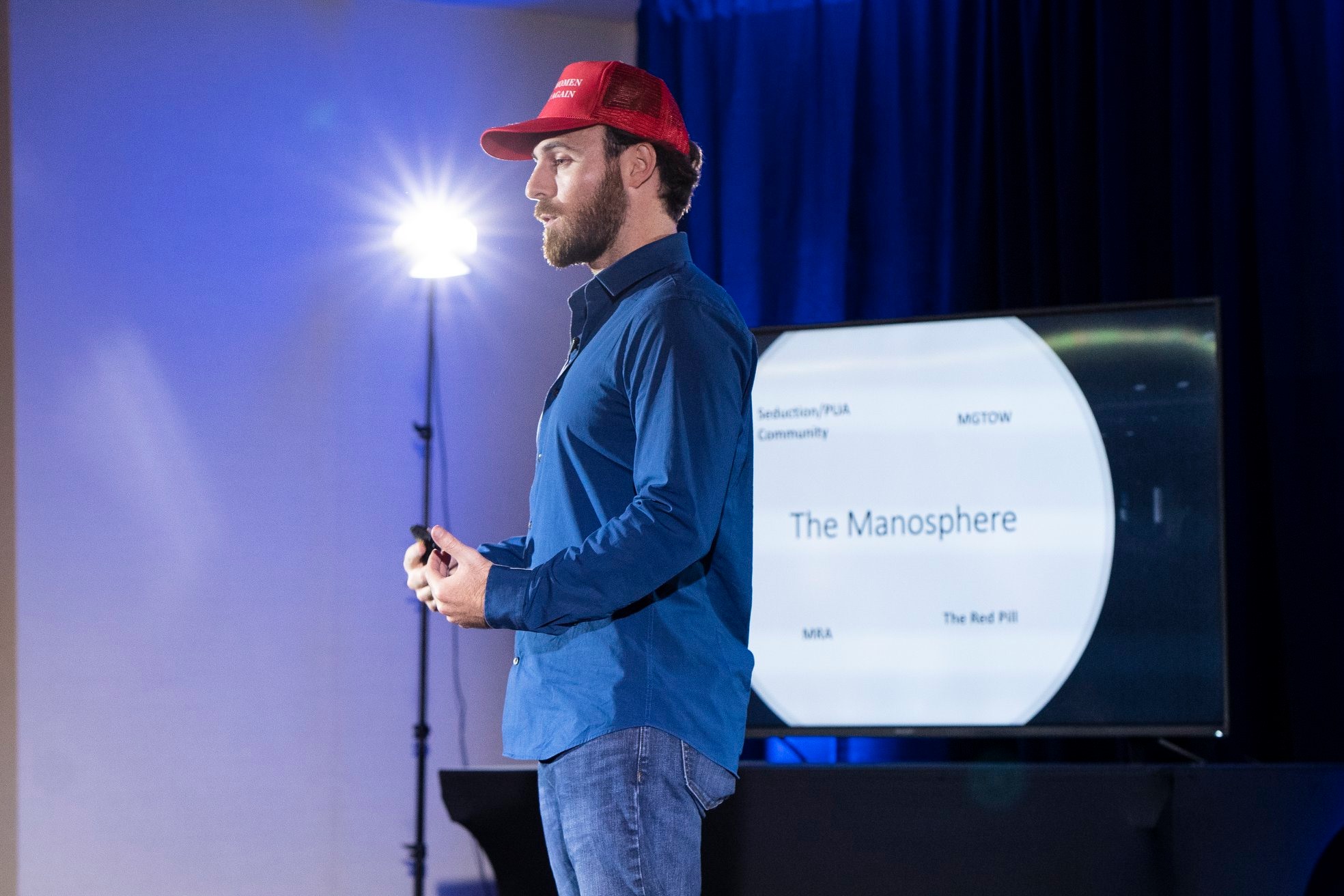 In a controversial video published September 12th to over 200,000 of his YouTube subscribers, 21 Convention founder Anthony Dream Johnson established himself, by declaration, as the first President of The Manosphere. A world-wide emerging movement of men and fathers, organizing together for the interests of men, boys, and fathers everywhere, that has recently come under fire from mainstream media, female supremacists, Orwellian "social justice warriors", and other assorted bigots.
ORLANDO, Fla. - Arizonar -- In President Dream's inaugural address to The Manosphere, he outlined what was described as "the greatest conspiracy our community has ever seen". A failed coup, an attempted takeover and subversion of several major manosphere organizations; provided facts, evidence, and detail on this conspiracy with additional documentation, and links to concurrent investigations by Red Man Group panelist and YouTuber "Misandry Today".

His first official action as president was to permanently banish once self-proclaimed and now ex-godfather of The Manosphere, Rollo Tomassi, "for the crime of treason".

"What's done is done. I offer zero apology for my actions and accept full responsibility. As president it is my duty to protect this community from all enemies, foreign and domestic. This spineless, secret blue pill huckster had been a parasite and secret king of our community for far too long. As Dr. Jordan Peterson says, "Set your house in perfect order before you criticize the world". What chance do we have at helping millions of men, boys, and fathers under constant attack by a trillion-dollar feminist establishment if we cannot keep our own house in order? Answer: none. We have no time for effeminate fraudsters misleading the public, betraying our brothers, and lying by omission to tens of thousands of manospherians. While unfortunate, this was necessary, and it takes a president to exile a phony godfather."

In his address to the manosphere President Dream stated unequivocally:

"For this community to survive and thrive it must be held accountable to masculine standards of conduct; for exiles like Rollo, myself, you, and everyone."

President Dream continued, promising lawful justice and retribution for the now infamously dubbed "Fraudfather of the manosphere" and his allies.

More on The Arizonar
"There will be fire and fury. Consequences for unforgivable actions and choices."

"For far too long this community had been saddled with and poisoned by gamma-male book merchants pretending to be masculine leaders and "lesser alphas", whatever that ridiculous bullshit is. A dark era in our community is over now and we can look forward to a truth focused, positive, optimistic future for the manosphere where open debate and rationality are taken seriously and genuinely valued in action rather than cheap, clever double speak."

"The Fraudfather may be able to hide for now from those unwilling or unable to analyze his actions with a red pill lens, but he will be unable to hide from the truth for long."

Regarding the recent Wikipedia update for the manosphere entry describing it as "predominantly Web-based misogynist movements associated with the alt-right", President Dream expressed:

"This is a standard lies and nonsense smear campaign to undermine the growing strength, size, and positive impact of the manopshere. The type of dishonest losers writing this garbage on Wikipedia are the same anti-American whack jobs trying to end the fundamental right of innocent until proven guilty for men nationwide with #BelieveWomen and the ongoing witch hunt of #MeToo."

The formal response of the Dream administration to these false allegations against the manosphere community is "We love women and GFY."

"Very sad to see Alan depart. I imagine this division is exactly what the intolerant, bigoted feminists and their desperate Vichy males wanted. With that said, my respect for Alan remains strong and he is welcome back to the manosphere at any time. His contributions will always be welcome and valued here."

Regarding the "alt right" and "far right" accusations thrown at the manosphere by Wikipedia and The Atlantic, President Dream made clear:

More on The Arizonar
"The frantic attempt to pigeonhole our extremely diverse community of men and fathers from all races, religions, and political banners is a deliberate, corrupt effort to undermine and slowly destroy our movement, one cut at a time. Make no mistake, our social, cultural, and philosophic enemies are growing more desperate every year. Expect these attacks to continue and amplify as we win."

"These political accusations are sourced from blatant cherry picking to support their own bias and systemic, irrational hatred of all things masculine. I believe the sentiment recently shared by legendary manosphere author Jack Donovan in his essay "The Bill of Rights is What Matters Now", reflects the prevailing attitude for millions of manospherians. Support the Bill of Rights or don't let the door hit your ass on the way out of my life. If demanding respect and support for the Bill of Rights makes us "extreme", then we welcome that specific assertion, as would the founding generation of this entire country. Beyond that let's debate our differences with honor, and work together to further the common interests of all men, boys, and fathers in a hyper-feminist culture that remains hell bent on vilifying the very positive masculinity that built the world we all enjoy today."

President Dream and 21 Studios are hosting the final, major manosphere gathering of the decade this October 24th-27th in the world capital of the manosphere, Orlando Florida, with live production of both The 21 Convention World Event and The Red Man Group LIVE. This event marks the 18th edition of The 21 Convention held since 2007, across three continents and five countries including Australia, Sweden, the United Kingdom, Poland, and the United States of America.

Anthony Dream Johnson is also the founder and president of The Manosphere LLC, a Florida limited liability company dedicated to the positive future of men, boys, and fathers.

Filed Under: Business, Education
0 Comments
Latest on The Arizonar